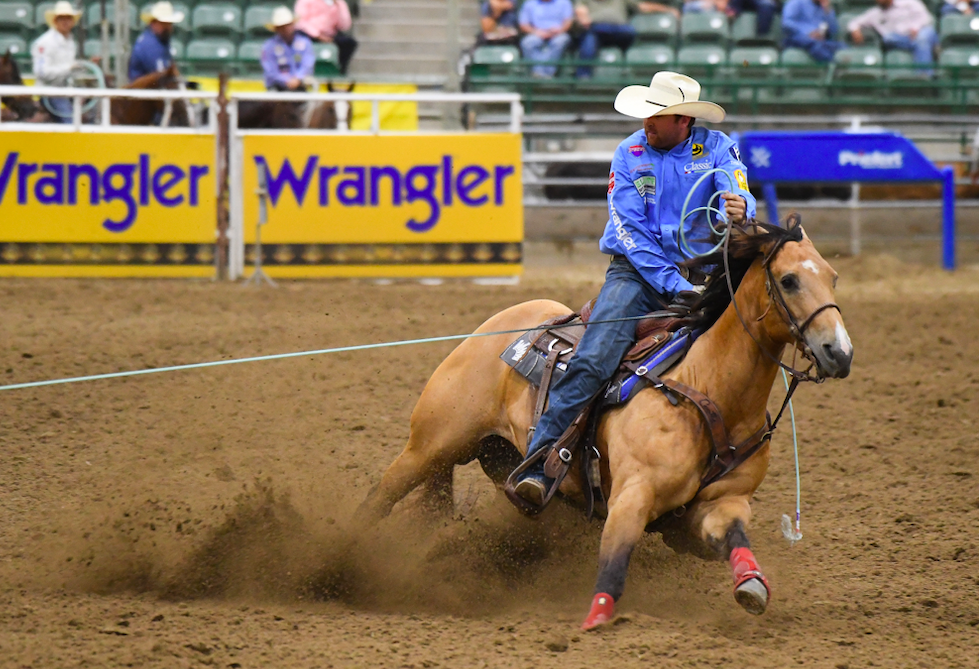 It’s been quite the year for the 25-year-old California Cowboy Cody Snow, recently going from 13th to 7th in the PRCA World Standings. In the past few months, Snow and his partner, 2019 World Champion heeler Wesley Thorp have won over $15,000 in earnings. This all aboard his mare, Ima Fresnos Dee or better known as Annie who was recently named 2021’s PRCA Head Horse of the Year! We caught up with the Best Ever Rider to talk about his partnership with Annie as they prepare for this year’s Finals to return to its home in Las Vegas, NV.

The now 12-year-old mare has grown up with Cody as he was only 16 years old when he got her. “I bought her for about $2500 as a 4 yr old with about 60 rides” he says “She was kinda humpy and was also pretty small and narrow but I liked her feel and I needed something I could just use.” The beginning of Annie’s career with Cody was spent doing ranch work and getting hauled to high school rodeos to find inspiration from Cody’s older more experienced head horse, Burt. “I wanted to make her what Burt is and better” he explained “Once she filled out and gained muscle and I started working on the fundamentals and making consistent runs on her to build confidence.” It was no shock when Annie quickly began to prove herself.

Today, the mare has quite the resume as she is Cody’s top earning horse. “She is incredibly smart and has a lot of personality and try” Snow explains “She pays attention to the steer, and stays smooth to keep the rope tight all the way to the fence.” Annie’s consistency and effortless style has made a lasting impression on the PRCA and Snow as he tells us “She’s the best horse to have in any situation.”

Currently, Cody is keeping her legged up and ready for this year’s National Finals Rodeo, “I’m not changing much, just keeping her in shape and focusing on clean runs and consistent feel.” As for his own mindset, Snow shares that he is simply focused on the obvious… roping the steer. He says “I try not to overthink anything but instead just visualize leaving the box and making solid runs.” Cody’s plan for the future includes continuing his successful partnership with Annie as well as pulling embryos this year in order to carry on her legacy.

Best Ever Pads is proud to have been a sponsor of Cody Snow and all of his horses from the start. “I think my first pad was given to me by Tammy and Ryan when I was about 6 or 7, and since then they have been the only thing I need for my horses.” Snow currently rides in a Best in Show ¾” Kush fleece pad, “It’s got great give and impact as well as looks real nice on Annie.” We wish nothing but the best for this powerhouse team and can’t wait to see them compete in December.

Click below to find out more about Best Ever Rider Cody Snow!